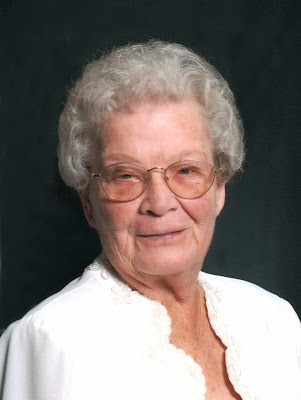 Although Mrs. Weir was born & raised in Cameron County, was a 1941 graduate of Emporium High School, and returned here upon retirement, she had lived most of her adult life in New York, California, Massachusetts, Florida and New Jersey.

She was a Veteran of World War II having served in the Women’s Army Corps (WAC) in the United States Army. She had been employed as a bookkeeper in the health care industry for many years and retired in 1990. She was a member of the First United Methodist Church of Emporium and was a former member of the Ladies Auxiliary of Emporium Country Club and its Thursday Bridge Club. She was also a member of several other bridge clubs in Emporium and especially loved entertaining when it was her turn as hostess. Most of all, Clara’s children and grandchildren were her joy.

In addition to her husband, she was predeceased by 2 brothers, Edward Arnold and Charles Arnold.

The family will receive friends from 4-8 p.m. Thursday, November 20, 2014 in the Coppersmith-Condon Funeral Home, Emporium. Funeral Services will be held at 11 am Friday in the First United Methodist Church with the Rev. Joseph Short, pastor, officiating.

Memorials, if desired, may be made to the First United Methodist Church Roofing Fund or the Cameron County Ambulance Service.