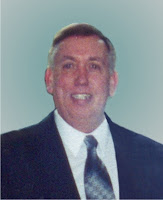 Jerome P. “Jerry” Joyce, 61, formerly of Emporium, died Tuesday, March 15, 2011, in Snyder Memorial Health Care Center, Marienville, following a lengthy illness.
Born May 18, 1949 in St. Marys, he was the son of Joseph and Margaret Heher Joyce.
On May 19, 2000 in Du Bois, he married Karen Pavelko Fritz who survives.

Mr. Joyce graduated from Cameron County High School in 1967 and Bryant and Stratton Business College in Buffalo, NY in 1973.

He was a veteran of the Vietnam War having served with the US Army.
A longtime resident of Emporium, Mr. Joyce moved to St. Marys in 2000.
From 1973-1988 he was employed by Emporium Specialties Co., Inc. in Austin and from 1988-2002 by Elco Sintered Alloy in Kersey.

In addition to his wife, Karen, he is survived by: one brother, Robert Joyce and wife Robin of Harrisville; one sister, Peggy Letterman and husband Paul of Emporium; five nieces and nephews; and nine great nieces and nephews.

He was predeceased by his parents and two infant sisters, Janice and Sally Joyce.

Visitations with video tribute will be held in the Coppersmith-Condon Funeral Home, Emporium, Saturday, March 26 from 4 until 5 p.m. at which time Funeral & Committal Services will be held with the Rev. Gary Atkinson, pastor of the First United Methodist Church of Emporium, officiating.

Military honors will be accorded by the Cameron County Memorial Detail.

Mrs. Nicolo had worked at Sylvania for many years. She was a member of St. Mark Catholic Church and enjoyed playing bingo and also enjoyed her poodles.

A sister Mary Knepp of St. Marys Pa., and a Half-Sister, Natalie Grimm of Emporium.
She was preceded by parents Jesse and Louise Cortise Bologna, husband, Dominic Nicolo who died in 1995, a
a granddaughter Linda Mae Housler, three sisters Louise Mattiuz, Betty Salvatore and Josephine Allison and one brother, Jesse Balogna.

There will be No Visitation. Relatives and friends are invited to attend a Mass of Christian Burial to be Celebrated at St. Mark Catholic Church, 235 East Fourth Street, Emporium on Monday at 10:00 AM with Rev. Paul S. Siebert, Pastor, as Celebrant.

Burial will be in the St. Mark Catholic Cemetery, Emporium
Memorial Contributions may be made to the charity of the donors choice.
Posted by Cameron County at March 19, 2011